In a small town where it feels like home.

“Photography is a way of feeling, of touching, of loving. What you have caught on film is captured forever… it remembers little things, long after you have forgotten everything.” – Aaron Siskind

This quote precisely summarizes why photographs are so special to me. I’ve had a fascination with photography for a long while, and my fascination peaked in college. It wasn’t uncommon for you to find me accompanied by my Canon Rebel T2i. I would fiddle with different lens and experiment with the exposure and shutter speed, but that’s as far as it went. I never really challenged myself to use my camera or my creativity to it’s full potential. Eventually, my fascination began to dwindle. I stopped envisioning what could be. I stopped carrying my camera. To put it plainly, I simply stopped creating.

I believe a big part of this progression was due to two factors: comparison and confidence. They’re obviously linked, but one initially led to the other. First: comparison. Have you ever heard the phrase comparison is the thief of joy? When I looked at other photographers work, especially with my peers, I was inspired but disheartened. “How did they create something so aesthetically pleasing?” which would led into “I could never create something as beautiful as that.” Enter stage two: confidence – er, lack of it. I didn’t understand how photography worked – what lens I should have, how I should edit pictures, how to shoot film. Instead of learning, I stood back, intimidated. If you recall from a previous post, I’m a control freak. I don’t like failure (don’t know of many who do!). I’m the person who wanted to know everything before it’s taught to me. Ha, how unrealistic! But, for a majority of my academic years, it’s how I functioned. And for your information, it doesn’t work too well in adulthood. Too many variables thrown in my direction, there is no way I could even pretend to be in the least bit control!

Oops, got off on a tangent there. Back to my lack of confidence! I saw other’s work, and felt inspired but intimidated. There was a seed of doubt planted in my mind: what could I possibly create that these folks haven’t already created? See how comparison and confidence are intertwined?

Recently, I’ve felt the itch to begin experimenting with photography again. I believe part of this is because I married a man who is my biggest supporter. He believes so strongly in my ability to create. He doesn’t want my potential to be wasted simply because of my fear of failure. I’ve written about him and his undying support for me to even begin this blog in one of my posts here. Another possible explanation for this so called itch is partly due to my location and current life circumstances. We’re approaching our 2nd wedding anniversary, and we’re living in a small town where creativity and revival runs wild. What a time to dream, oh the possibilities!

When I was working at the Mercantile last week, I had the unique opportunity to have a tintype created by Michael Foster, a gifted artist and Mississippi native. He explained the entire process of creating a tintype. He probably didn’t realize how fascinated I was with each step. That day, I didn’t realize he would be there or that I would have the chance to have a tintype done, so I showed up to work looking, well… average? I looked the way I would on any other typical work day, dressed in my Laurel Mercantile t-shirt and jeans. So when Michael showed me the finished product of my tintype, I was moved. Why, do you ask? He explained that this would be the most archival picture of me to date, and it would last for generations. When I looked at the tintype, I was looking at regular, average, everyday Kenzie – and I loved it. I loved the thought of my great, great, great grandchildren looking at that picture, and it would give them an accurate representation of me at age 23. A normal, everyday occurrence has etched it’s way into history, prolonging that moment. Photography is powerful, and that moment moved me. It inspired me to create. 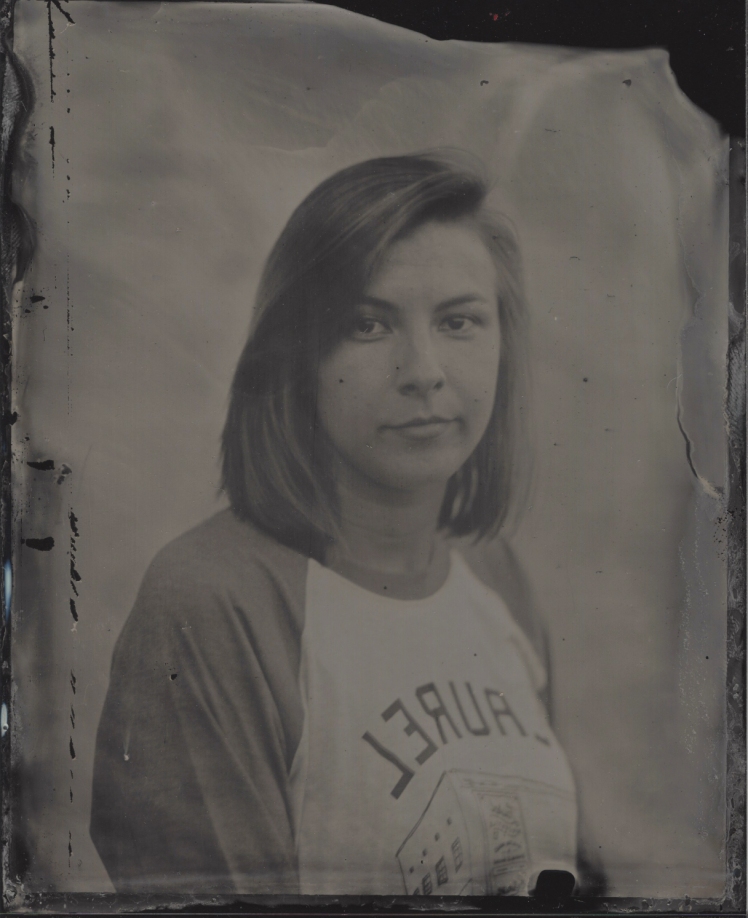 Having all this said, I think I’ll be investing in some new equipment in the near future and working on my photography. I don’t want to just capture what’s beautiful, I want to capture what’s important. If you currently scroll through my instagram feed, you’ll see it’s filled with iPhone pictures – now, those pictures do have their place! But I look forward to challenging myself in new ways to create higher quality images, and my post a few along the way. It’s all a process, but it’s one I want to embark upon because it’s important. I view others work as something that inspires my creativity rather than stunting it. And I can be confident because we’re image bearers of God, our creator! It’s my duty to create! So here’s to days where we create, even when we’re feeling less than inspired – because it’s that important, because we’re called to create.

One thought on “Called to create.”